Brown bears are the largest species of animals in Hokkaido and were worshiped by Ainu, the native Hokkado people,as the God. There are approximately 2,000 brown bears in Hokkaido and the number is reported to be on the decline.
Noboribetsu Bear Park is located atop “Bear Mountain” that site in the deep forest of the Lake Kuttara area.
Farming, observing and studying of brown bears started in October 1958 and recorded a major success.
The numbers of bears are now over a sixty, from only eight at the beginning,and happily ever after is the way they live now. 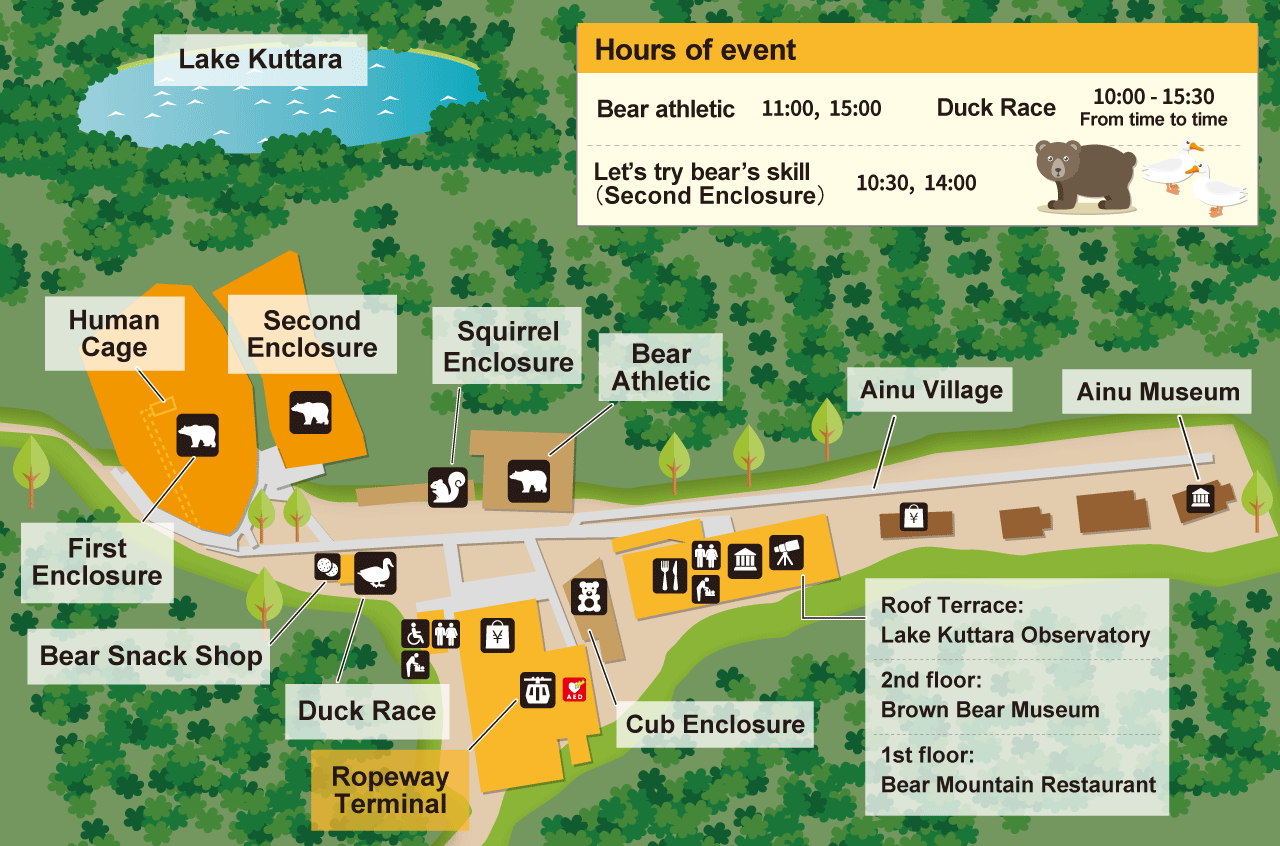 Bear Park (around the area at the top of the mountain) offers free Wi-Fi to park guests. Enjoy coverage in most of the surrounding area including the Kuttara Lake observation deck.

Information about park closure dates
We regret to inform that due to regularly scheduled ropeway inspections the park will be closed from March 2, 2020 (Monday) through March 19 (Thursday). We apologize for the inconvenience. 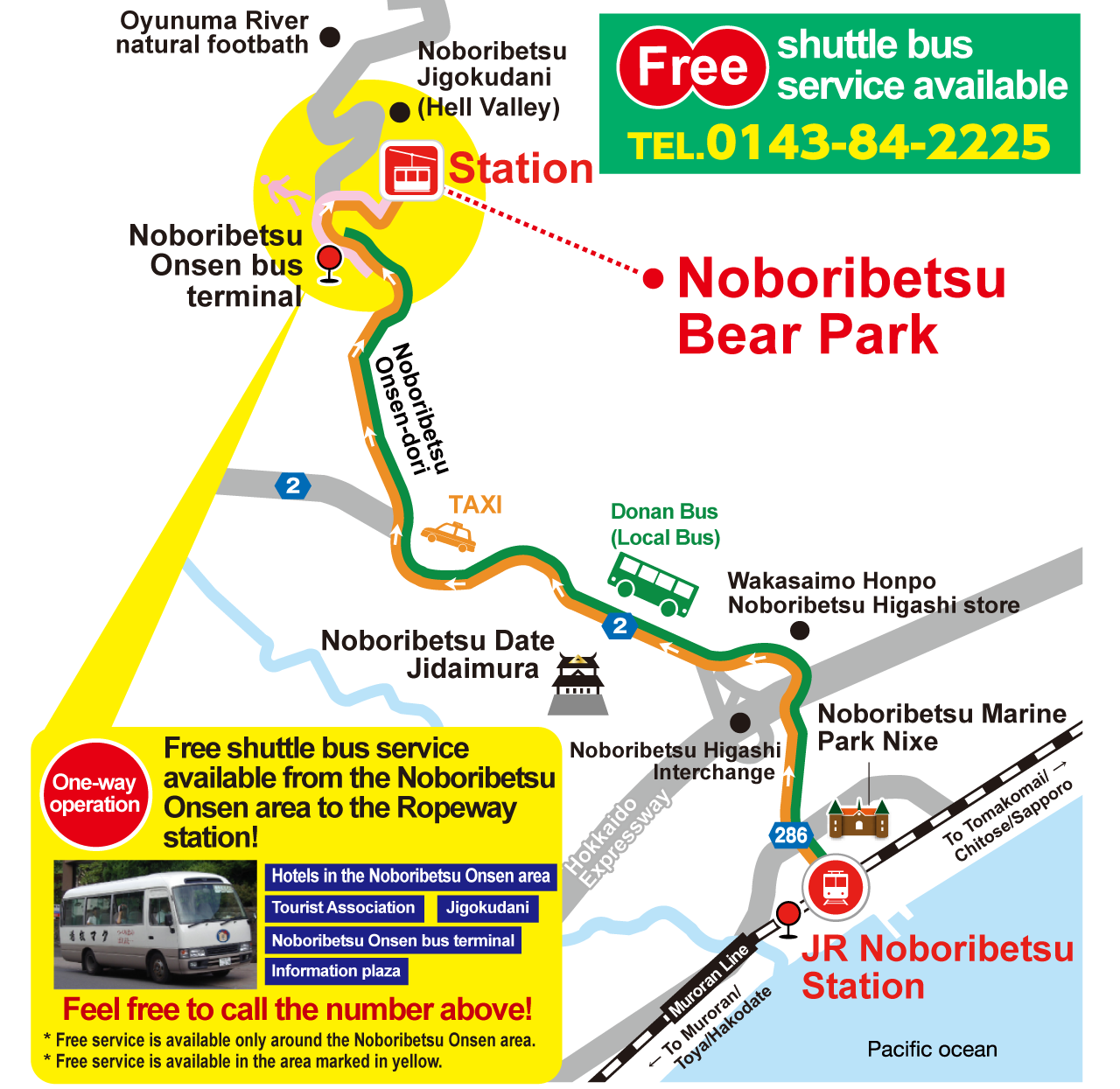